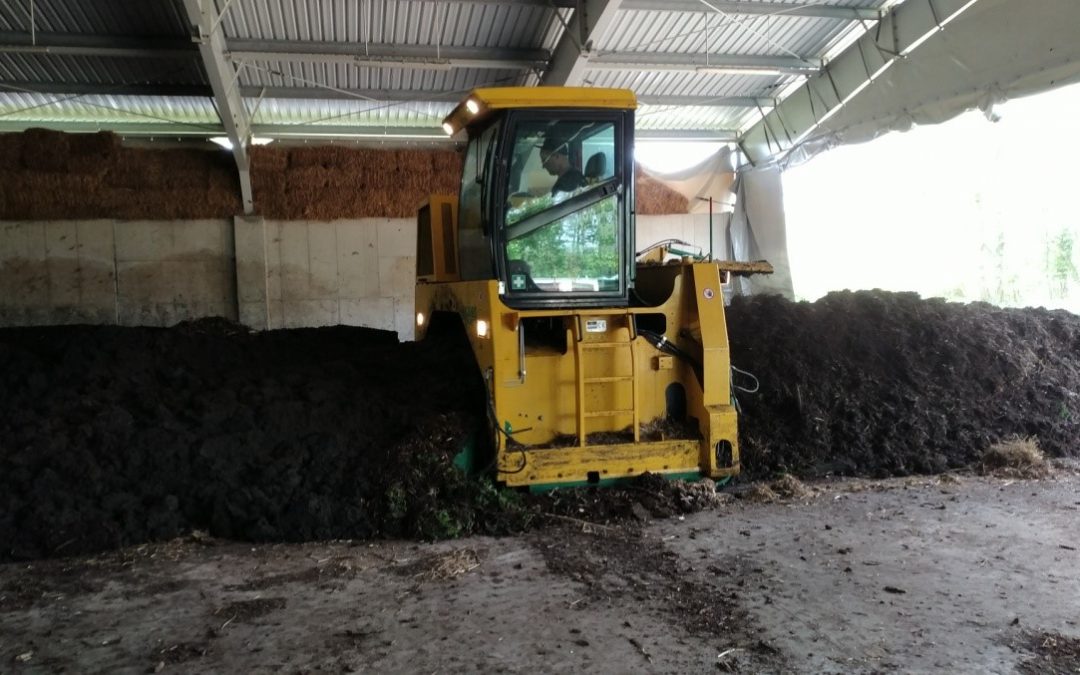 On 02-05-2018 in the Sewage Treatment Plant in Goleniow, under WP5 – nutrient reuse, research started.  The aim of the research is to investigate the process of composting sewage sludge enriched by the straw as a source of organic carbon and structural material in the fresh and recovered from mature compost wood chips forms.

The composting process runs on a roofed composting plate by open windrows technology with periodically flipping. The compost plate equipped with a drainage system for capturing leachate is made of concrete.

The research started according to the adopted schedule and concern the first stage of field tests in which two compost windrows were created: 25 m x 1.2 m (length x height). The determination of the proportion between raw materials for composting i.e. dehydrated sewage sludge and straw based on the results of laboratory tests on the content of following biogenic compounds: organic carbon, total nitrogen and total phosphorus.

The raw materials prepared for composting were arranged in two windrows on the compost plate in the following order: straw, chips and dehydrated sewage sludge in various quantitative ratios. Components prepared in this way were formed into windrows by mixing with the BACKHUS machine.

English
Shares
Share This
www.step-interreg.eu uses cookies to analyze traffic and ensure that we give you the best experience on our website. If you continue to use this site we will assume that you are happy with it.Ok