The main aim the research that was started in early 2018 was to determine the impact of the proportion between the number of components forming a mixture of organic materials on the course of composting process of sewage sludge. The research was made in the wastewater treatment plant (The company “Wodociągi i Kanalizacja Sp.z.o.o. z Goleniowa”), Goleniow, Poland.

Two independent stages have been planned during field research. Both stages lasted about 5 months. Each stage consisted of two parallel compost tests (research series) consisting in monitoring the composting process carried out in windrows of approx. 50 m3 each. In both series of each stage a different proportion between components was used. The basic components were: mechanically dewatered sewage sludge, barley straw, wood chips and mature compost (inoculum). In the compost test no. 1 the mass ratio between components forming the compost mixture was respectively: 4:1:1. In the compost test no. 2 the mass ratio between the components was respectively: 8:1:2. In both stages, the proportions in the series were identical.

For the research results, please read the final report “Research on the composting process of dewatered sewage sludge” 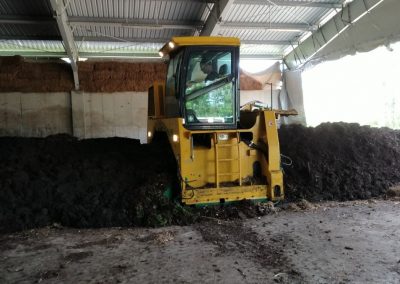 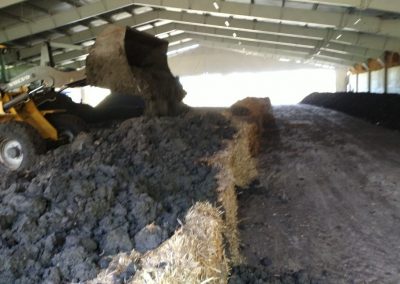 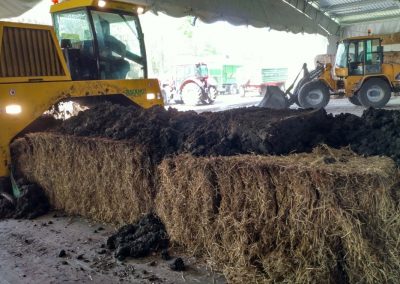 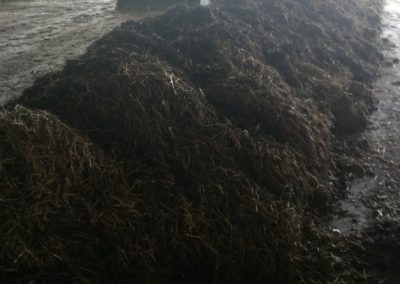 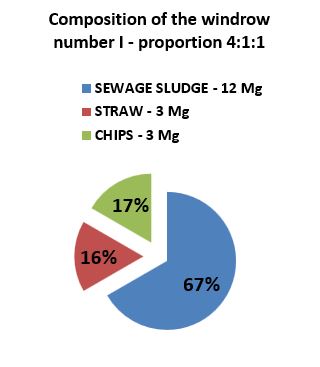 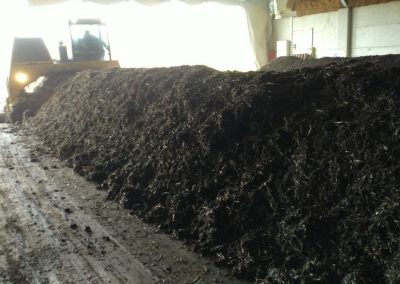 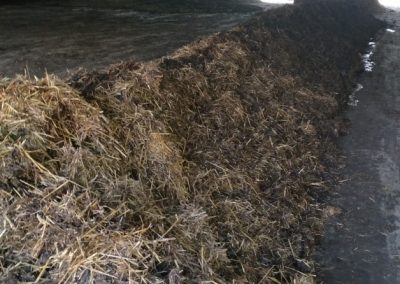 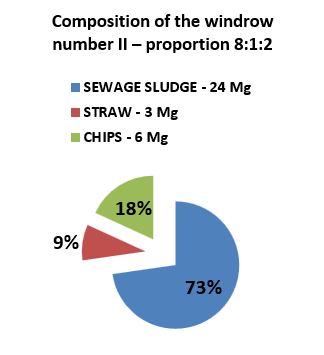